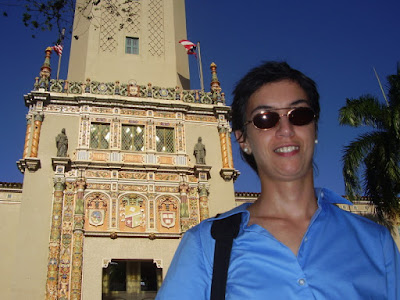 Winner of the first “Christoph Delz International Composition Competition” (Basel, Switzerland) with an outstanding jury formed by Jonathan Harvey, Henri Pousseur and Frederic Rzewski, and recipient of the Municipal Prize of Composition of Buenos Aires, Nora Ponte’s works have been performed around the world. She received grants from the Italian Government and the Antorchas Foundation among others.

She has been guest composer at festivals like the Borealis Festival (Norway), the UNCG New Music Festival (USA), Festival Interamericano de las Artes (Puerto Rico) and the Caribbean Composers Forum.

She has received commissions from, among others, Warmi Ensemble, Chiasmo Ensemble, Matiegka Trio, and Antorchas Foundation.

Her music have been featured in many conferences: the College Music Society National Conferences, the International Computer Music Conference, Sound and Music Computing Conference, etc.

Ponte has earned a Ph. D. in Music Composition from the State University of New York at Buffalo and a Master and BA degrees from the Argentine Catholic University at Buenos Aires. She has a Diploma of Composition from the Fiesole School of Music (Florence, Italy), where she studied with Giacomo Manzoni and a Diploma of Electronic Music from the Santa Cecilia School of Music (Rome, Italy).

Currently, she is a Full Professor of Composition at the University of Puerto Rico at Rio Piedras.